Description: This is a large, flattened turtle whose carapace (top of shell) and plastron (bottom of shell) are covered with skin. This skin usually has a sandpaper-like texture and is tough and leathery. Coloration ranges from olive-gray to yellowish-brown with spots or blotches on the carapace. Young individuals often have well-defined round spots on their shell.  They have long necks and a long, thin nose, which they can use like a snorkel to breathe. Adults range from 7-21 inches (18-53.3 cm) in females, and 5-9 inches (12.5-23.5 cm) in males.

Activity/Behavior: These turtles are strong swimmers and stay in the water nearly all the time, but when on land, they can move quickly. Softshells often bask on sandbars or logs or lie buried in sand in shallow water, using their long necks to reach the surface to breathe. Although they will sometimes leave the water to bask, they are very wary and return to the water at the slightest provocation.

Habitat/Range: Two subspecies occur in North Carolina. The eastern spiny softshell (Apalone spinifera spinifera) occurs in the extreme western mountains, while the Gulf Coast spiny softshell (Apalone spinifera aspera) is found in southern part of the state, ranging north along the major river systems. Both subspecies prefer large streams and rivers with sand or mudbars, but can also be found in large reservoirs.

Reproduction: Spiny softshells generally lay clutches of 12-18 round, brittle eggs in the early summer. It is thought that females may lay multiple clutches per season. Nests are generally located close to water, often on sand or gravel bars or in people’s yards. Young emerge about 80 days later, and are usually 1-1.5 inches (3-4 cm) across.

Miscellaneous: The eastern spiny softshell is listed as a Species of Special Concern by the state of North Carolina. 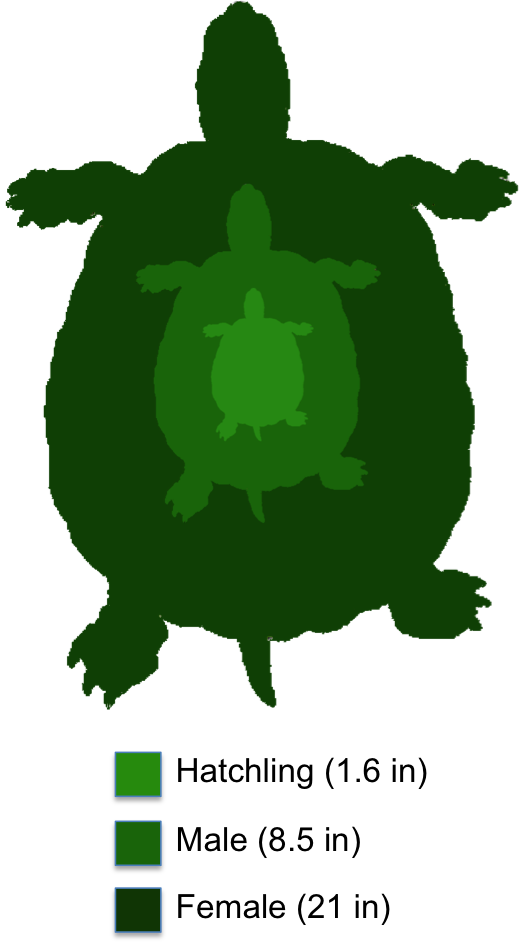