Description: 15-25.75 in. (38-65.7 cm)  The smallest glass lizards in the region, mimic glass lizards are usually tan or brown, and can be found with or without pale and dark speckling.  They have a dark brown or black mid-dorsal stripe.  They also have three or four dark stripes or rows of spots above the lateral groove which are separated by pale stripes.  The males are usually larger than the females. Mimic glass lizards are diurnal and males seem to be more active than females.

Habitat/Range: This species is found in the southeastern Coastal Plain.  They are most common in pine flatwoods and open woodlands.

Reproduction: Little is known about the reproductive habits of this species.

The shaded region represents the range of the Mimic Glass Lizard in North Carolina. 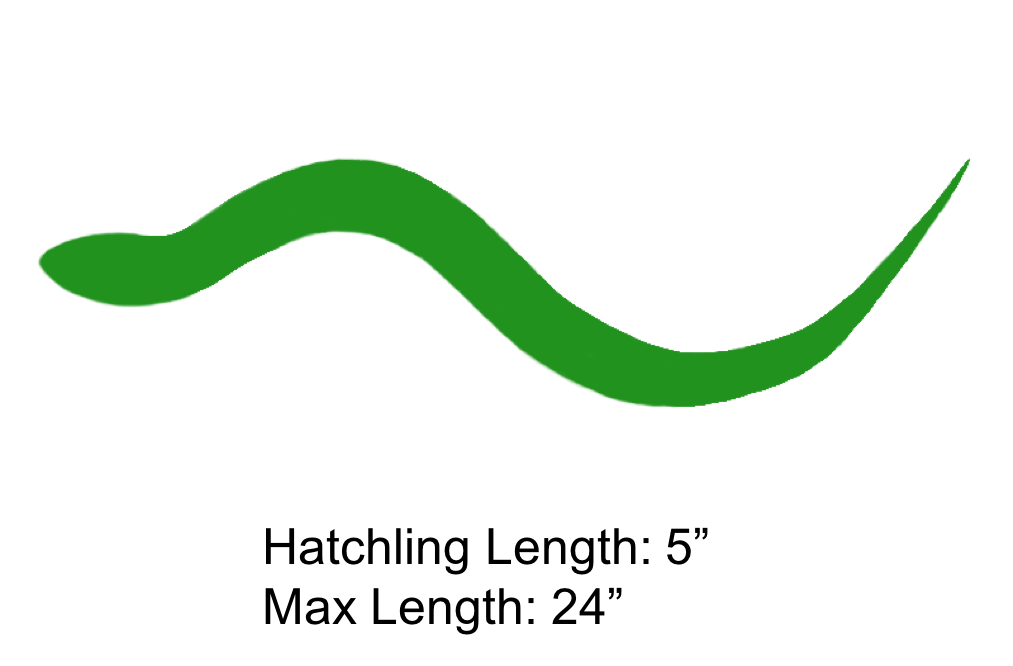