Description: 5-7 in. (12.5-17.8 cm) In contrast to other skinks in the region, coal skinks usually have only four lines on their back with the light stripes extending onto their tails.  Their broad, dark lateral stripe is 2.5 to 4 scales wide, and they have no light lines on the tops of their heads.  The sides of a male’s head are reddish during spring breeding season.  The young are either plain black or patterned like adults.

Habitat/Range: Coal skinks are most commonly found in the southern mountains.  These secretive lizards usually live in the more humid portions of wooded hillsides and near springs and rocky bluffs overlooking creek valleys.

Reproduction: Coal skinks usually mate in late spring/early summer, and the young hatch in July or August.  The nests are typically shallow cavities in damp soil under rocks that contain 4 to 9 eggs.  The females vigorously defend their nests until the eggs hatch.

Miscellaneous: When pursued, coal skinks often take refuge in shallow streams, hiding under stones or debris. Skinks, particularly young with blue tails, are often called “scorpions” and are thought to have a venomous sting. This myth is false, and although a large skink can deliver a powerful nip, no lizards in the Southeastern United States are dangerous to humans.

The shaded region represents the range of the Coal Skink in North Carolina. 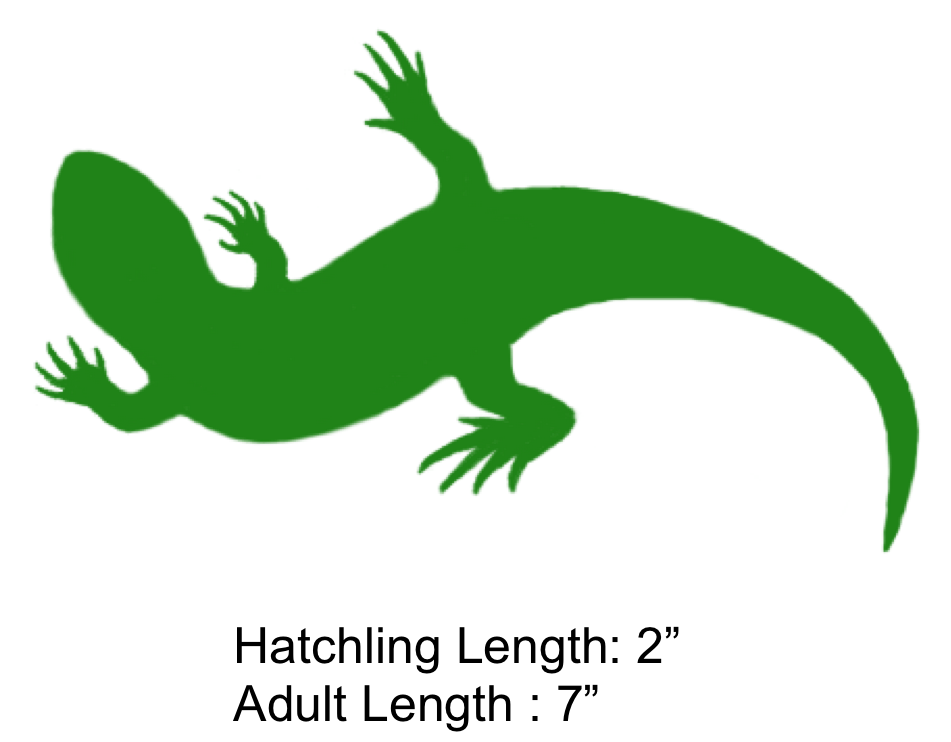