Description: Chicken turtles are characterized by the netlike patterns on its carapace (top of shell) and its long and striped neck.  Vertical stripes run down the hind legs of these turtles.  The carapace is much longer than it is wide and ranges from olive to black in coloration.  The plastron is hingeless and colored yellow/orange.  Females are usually larger than males. It ranges from 4 to 9 inches (10-22.5 cm) in carapace length.

Feeding/Diet: Chicken turtles are probably omnivorous but very little is known about their diet. They have been observed eating tadpoles and crayfish.

Activity/Behavior: Despite their usual aquatic nature, chicken turtles can often be seen walking around on land.

Habitat/Range: Chicken turtles can be found in canals, marshes, cypress, ponds, and other bodies of still or sluggish water. They are frequently found in the sandhills.

Reproduction: Gravid females have been collected in early spring, late summer, and fall. Females may lay two clutches during the year with clutch size varying between 5 and 11 eggs. Young may overwinter in their nests.

Miscellaneous: Chicken turtles appear to be very tolerant of some types of pollution. In North Carolina, they have been observed living in sewage treatment ponds.

The shaded region represents the range of the chicken turtle in North Carolina. 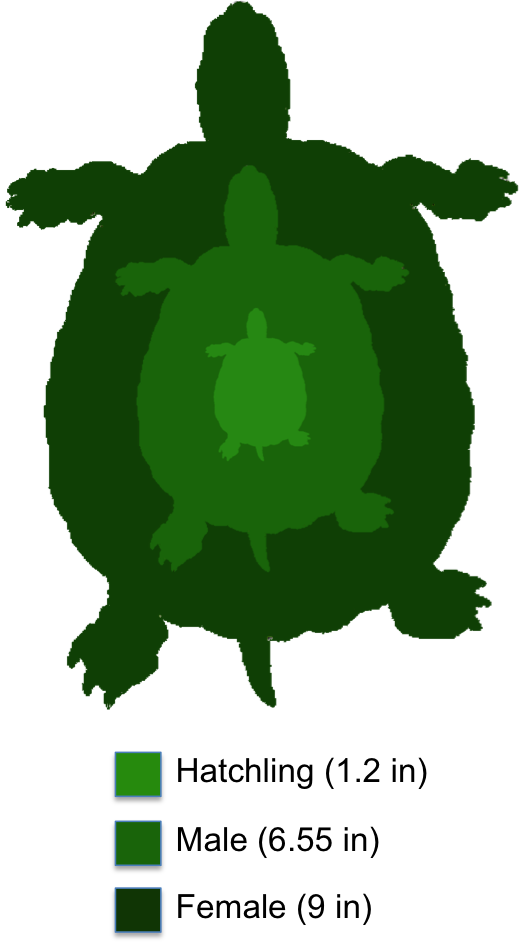