Description: The shovel-nosed salamander is nearly completely aquatic and has a laterally flattened, paddle-like tail. The head is flattened and is said to be shovel-shaped. These salamanders may range in color from gray to brown or black, typically with a dull mottled pattern on the back. Two rows of light spots may be found on the side of the body. This species is easily confused with the black-bellied salamander (Desmognathus quadramaculatus), yet black-bellied salamanders have less flattened heads, more prominent eyes, and a more conspicuous light line from the eye to the back of the jaw. The color of the belly does not always reliably distinguish between these two species.

Reproduction: Females lay eggs in small clusters on the undersides of large rocks in fast-flowing streams. Eggs hatch in 10-12 weeks and the emerging larvae possess external gills for up to 3 years. At the end of this larval stage, the salamander goes through metamorphosis and the gills are resorbed.

Miscellaneous: When discovered under a cover object, this species will often remain still or slowly and deliberately walk towards another cover object while black-bellied salamanders typically make a rapid escape attempt. This species has very specific habitat requirements and may disappear from a stream that experiences siltation, contamination by heavy metals, or a change in stream acidity.

The shaded region represents the range of the Shovel-Nosed Salamander in North Carolina. 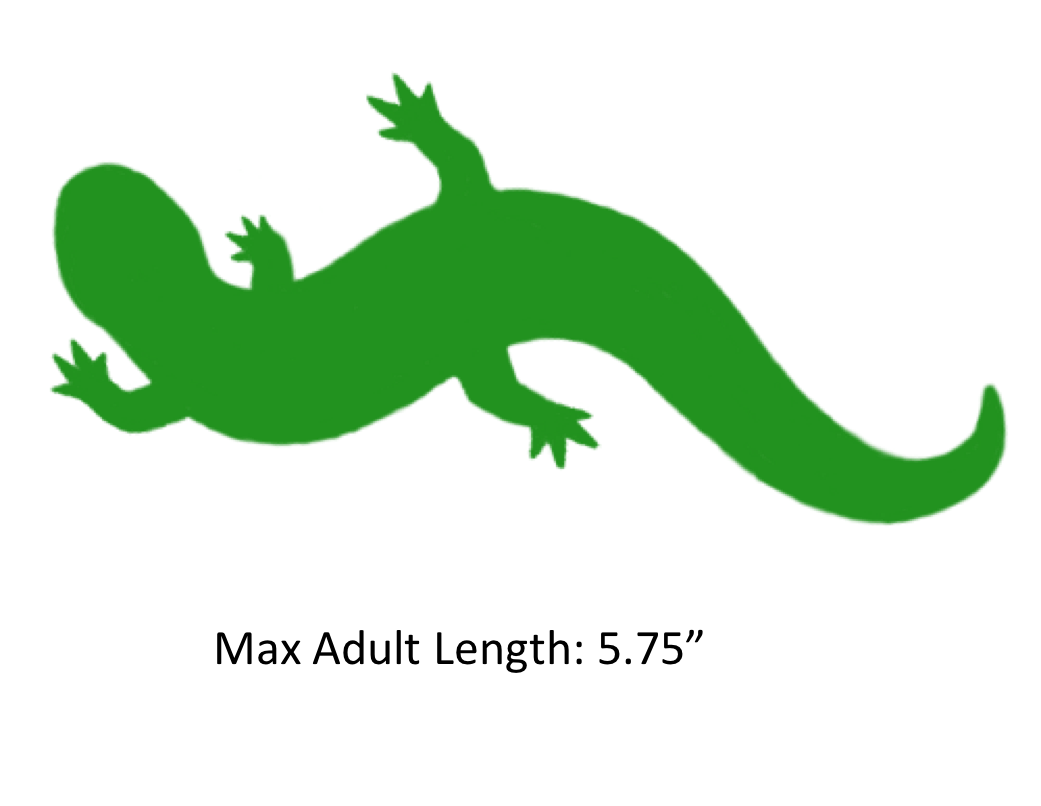