Description: A slender, attractively patterned frog, the pickerel frog is often mistaken for the closely related southern leopard frog but may be distinguished by more squarish spots, roughly arranged in two parallel rows (and sometimes merging to form bars or stripes); orange or yellow pigment on the concealed surfaces of the legs; and the absence of a white spot in the tympanum (external eardrum). Unlike the sometimes bright green leopard frog, the pickerel frog virtually always has a brown, tan or golden background color. Its belly is usually plain white.

Habitats and Habits: Pickerel frogs occur throughout most the state, except for some tidewater areas of the outer Coastal Plain. They are most common in the Mountains and Piedmont. Adults are often seen along small streams. They may also travel far from water.

Pickerel frogs prefer to breed in ephemeral woodland pools, although they may also use permanent ponds, swamps, ditches and backwaters of streams and rivers. Eggs are deposited in a large, globular mass, usually attached to a submerged stick or stem. The tadpoles resemble those of leopard frogs and transform in about 10 to 12 weeks.

Call: Pickerel frogs breed from February to early April. Their call is a low snore, often given underwater.

Frog Fact: Pickerel frogs produce skin secretions that are toxic to many predators. Many collectors have inadvertently killed other amphibians — including toads — by carelessly placing them in a container with a stressed pickerel frog.

The shaded region represents the range of the Pickerel Frog in North Carolina. 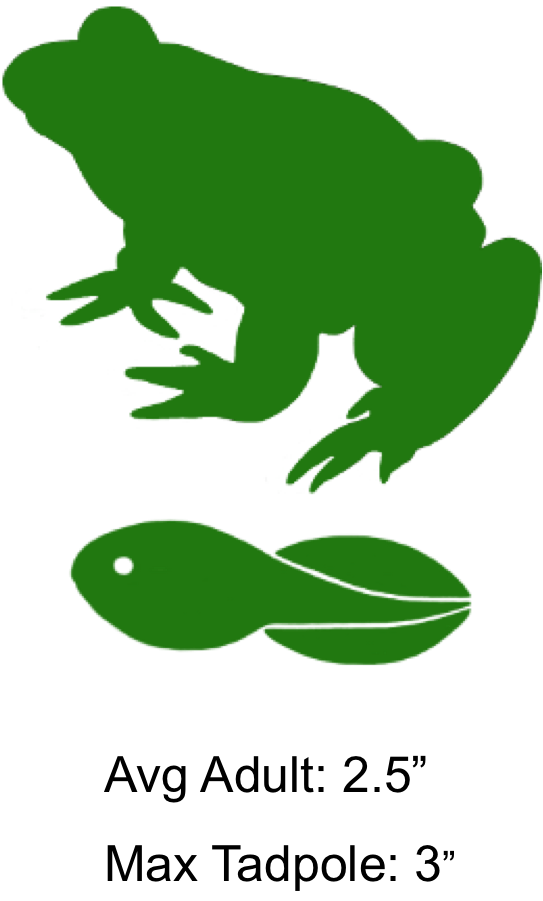