Description:  This species is an elongate salamander with a conspicuously long tail.  Coloration of the body is yellowish-orange to yellowish-brown with black spots on the back and sides.  The black spots on the sides of the tail form a line of herringbone-shaped markings.  The belly is usually unmarked.  Larvae are initially unmarked but develop dark mottling on the sides of their body.  They then begin to develop a typical adult color pattern.

Diet:  Both larval and adult long-tailed salamanders are thought to be invertebrate generalists, consuming any invertebrates that may be seasonally or locally available.

Reproduction:  Long-tailed salamanders are thought to breed between late fall and early spring.  Eggs are generally deposited in water but are seldom discovered in the field and are thought to be deposited underground in caves or subterranean streams and seeps.  Unlike many closely related species, adult long-tailed salamanders are not thought to guard their eggs until hatching.  Hatchling salamanders emerge from their eggs with external gills and spend 6 months to a year as fully-aquatic larvae before transforming into terrestrial adults.

The shaded region represents the range of the Three-Lined Salamander in North Carolina. 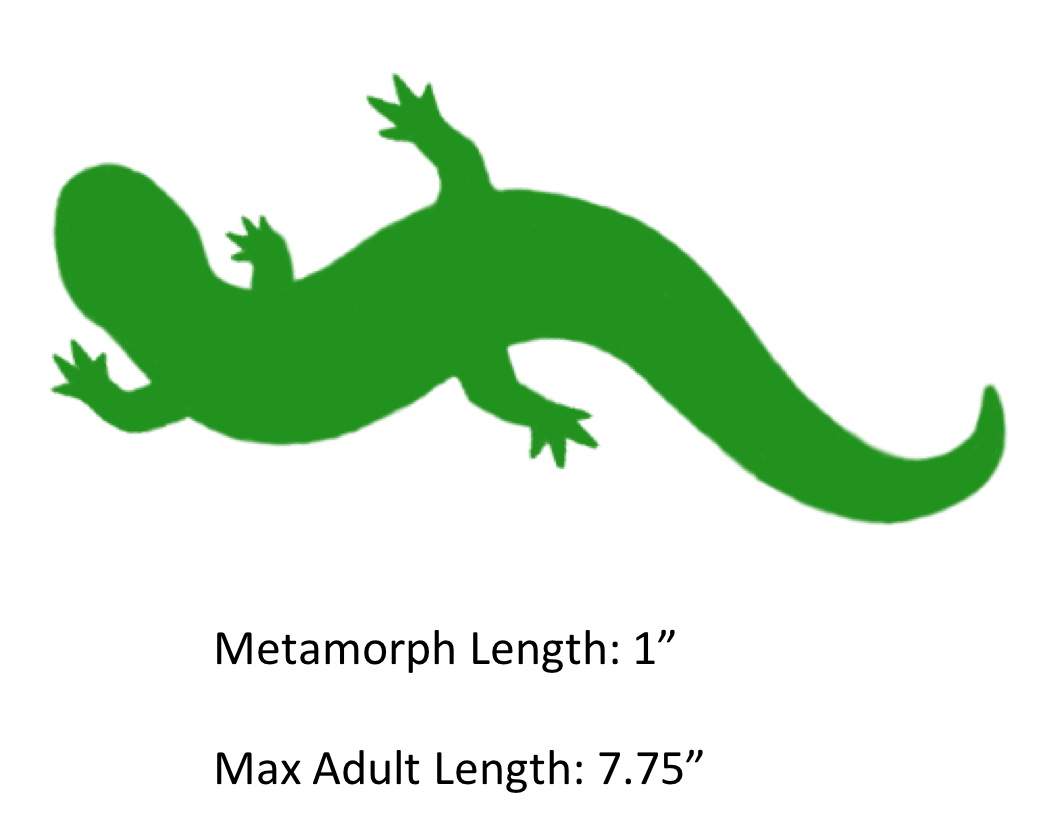