Description: This species ranges in overall coloration from brown to black, with a dark belly and a tail that is rounded in cross section. Some individuals may display yellow to red cheek patches. A faint, wavy stripe runs down the back of some individuals. This species can be distinguished from the Jordan’s salamander (Plethodon jordani) by the presence of a light line from the eye to the back of the jaw. Unlike the Jordan’s salamander, the back legs of this species are also much stockier than the front legs.

Habitat/Range: The imitator salamander is found only at high elevations in the Great Smoky Mountains National Park as well as at a few surrounding locations. Imitator salamanders are often found around streams and seeps but may also be encountered far from water on the forest floor as well as on damp rock faces.

Diet: Imitator salamanders generally appear to be ambush predators which consume any small invertebrates that they can catch.

The shaded region represents the range of the Imitator Salamander in North Carolina. 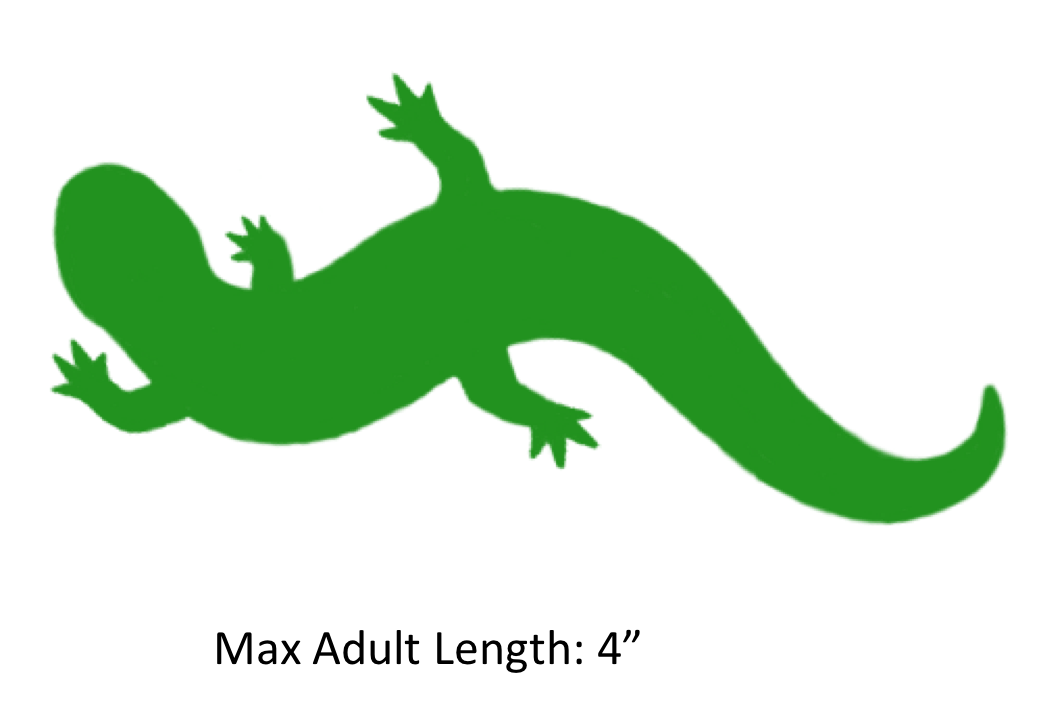