Habitat/Range:  Blue Ridge two-lined salamanders are found in and around streams of any size throughout the Blue Ridge Mountains.  Adults may be found in streams primarily during the breeding season.  At other times, these salamanders range far into terrestrial habitat and are less common around streams.  Larvae are commonly found under rocks or leaves in streams throughout the year.

Reproduction:  The breeding season begins in late winter or early spring.  At this time, females deposit their eggs under rocks, logs, or leaves in water.  Females typically guard their eggs until they hatch.  Hatchling salamanders emerge from their eggs with external gills and spend around 2 years as fully aquatic larvae before transforming into adults.

The shaded region represents the range of the Blue Ridge Two-Lined Salamander in North Carolina. 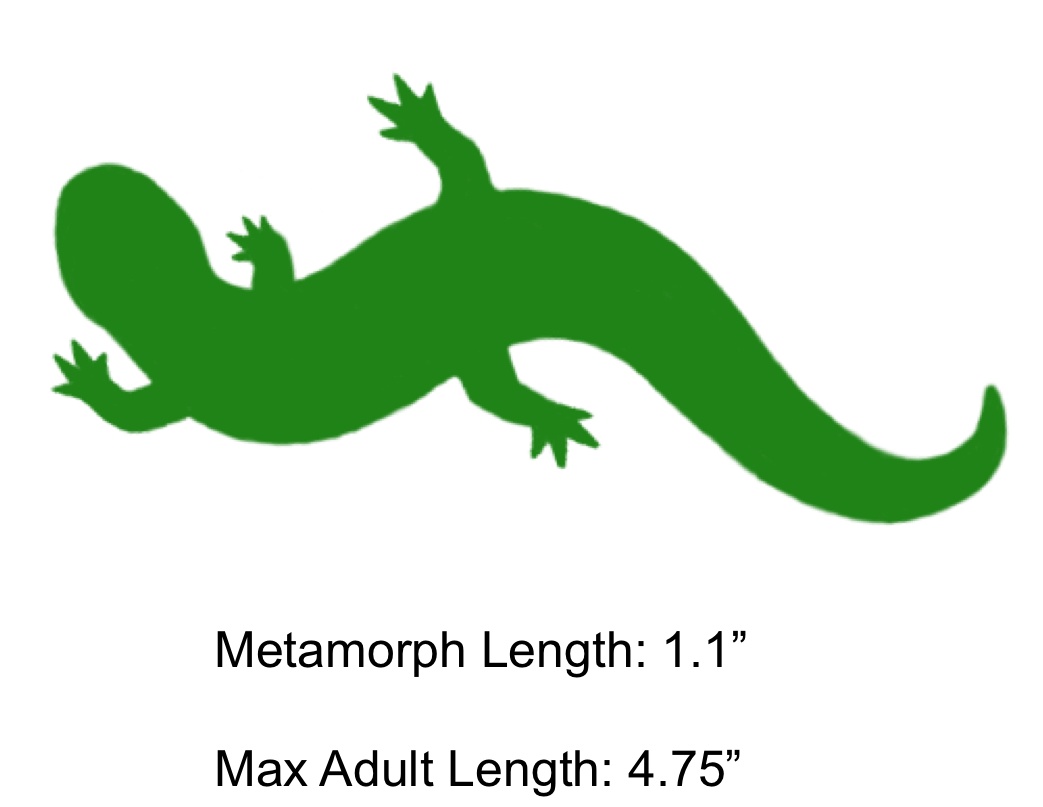